Moving from South London after over 20 years was a big thing in the 1970's. Ray Schwarz had founded RK in South Croydon but as the company started to grow, and became more and more known for machine tools, it was coming apparent that larger facilities were needed.

For a number of years in the '70s, Ray had been joined by his son, Mike Schwarz and when the opportunity to move into a 10,000sq ft high ceiling facility, with two 10 ton cranes became available, plans were set in place. A move to South East London and the borough of Bexley happened in the early-mid 1970s and with a growing portfolio of products, the new facility soon became a hive of machine tool activity for the South East.

With plans to continue with a regular in-house exhibition, and the local MP becoming more of a well-known household name, a call to the House of Commons and the Rt Hon Edward Heath, MBE, MP would be the guest speaker and undertake the official Opening Ceremony at RK in Autumn 1978. 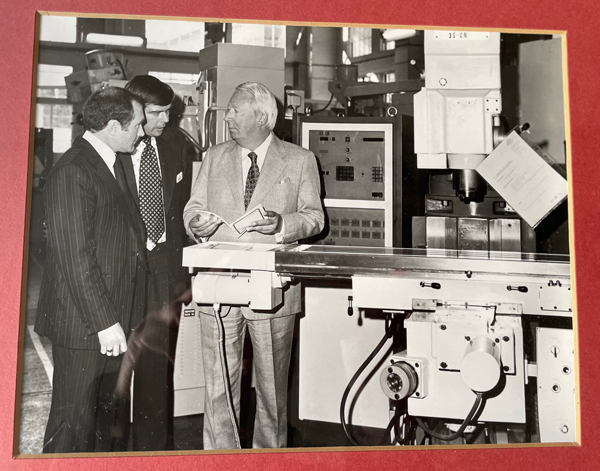 Mike Schwarz explaining the latest in NC machining with an Induma with the Rt Hon, Edward Heath, MBE, MP 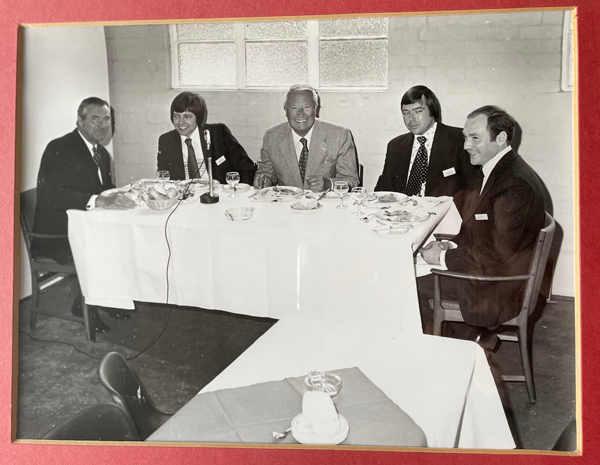 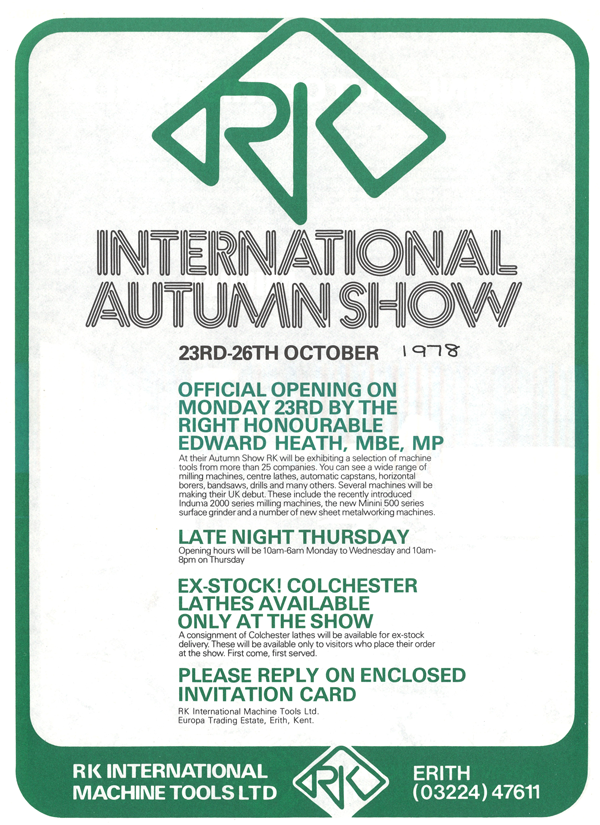