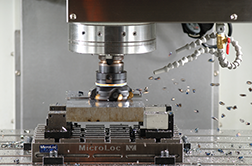 Taking place at ExCeL London from 5-8th October 2011, 150,000 expected visitors will see 1,000 competitors from over 50 member countries/regions competing in 46 skill areas over four days of competition.

“UK manufacturing companies have seen first-hand the declining numbers in apprentices and skilled personnel over the last generation,” comments Dick Aldrich, RK International Sales Director. ‘so when we heard that WorldSkills was coming to the UK, we wanted to be part of it.’

Supplying a combination of 28 machines, RK International will be installing machines in the Mould Making Skills, Manufacturing Team Challenge and Polymechanics/Automation skill competitions.

RK International Machine Tools Ltd already has an unrivalled and established track record in supplying a growing number of craft and technical vocational workshops in recent years. Having the ability to offer individual machines through to turnkey workshop installations, RK works alongside a number of key suppliers offering quality, support and product longevity.

The 12 Colchester lathes, a combination of Triumph 2500VS and Master VS3250 models with Acu-Rite digital readouts, 8 Europa turret milling machines with R8 spindles with Heidenhain digital readouts, along with valued support from co-official suppliers, RJH Morrisflex with a combination of 5 double-ended grinders and vertical bandfacers, and 5 drilling machines from Meddings Machine Tools will all be used by young competitors from around the world.

“RK International Machine Tools Ltd is proud to be associated with WorldSkills London 2011. With the bi-annual event being hosted in the UK for the first time in 22 years, the event will prove to create interest in the younger generation providing the skills-base for the future” concludes Mr Aldrich.
Read more on this event - http://www.worldskillslondon2011.com/ 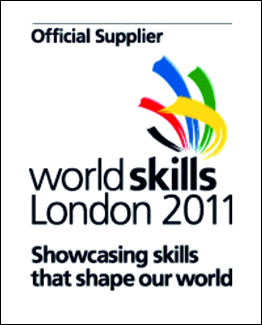